The cold winter days do not mean hibernation for the city of Zagreb this season.  Instead, the city is turning up the heat with its countless festivities and ongoing events, keeping the spark of life alive within Croatia’s capital. Whether it is December or January, the festivities in Zagreb do not end. The commotion and bustling of Zagreb’s main square, streets, cafés, clubs, and overall ambience is the perfect winter get-a-way to a mildly cold Eastern European city that allows both a relaxed yet eventful winter vacation during the holidays.

The city of Zagreb kicks off its winter festivities with the beginning of December and its traditional “Advent u Zagrebu”. This celebration of Advent throughout the month of December hosts many festive events in the city,  from the decorated city streets and parks to numerous seasonal stands throughout the city and Zagreb’s main square, Trg Bana Josipa Jelicica. The streets of Zagreb are full of life as it appears that people celebrate the holidays in the company of good friends, food, and of course a good rakija or some mulled wine. The December celebrations are mostly centered on the coming of Christmas as well as the celebration of ringing in the New Year in Croatia’s capital. 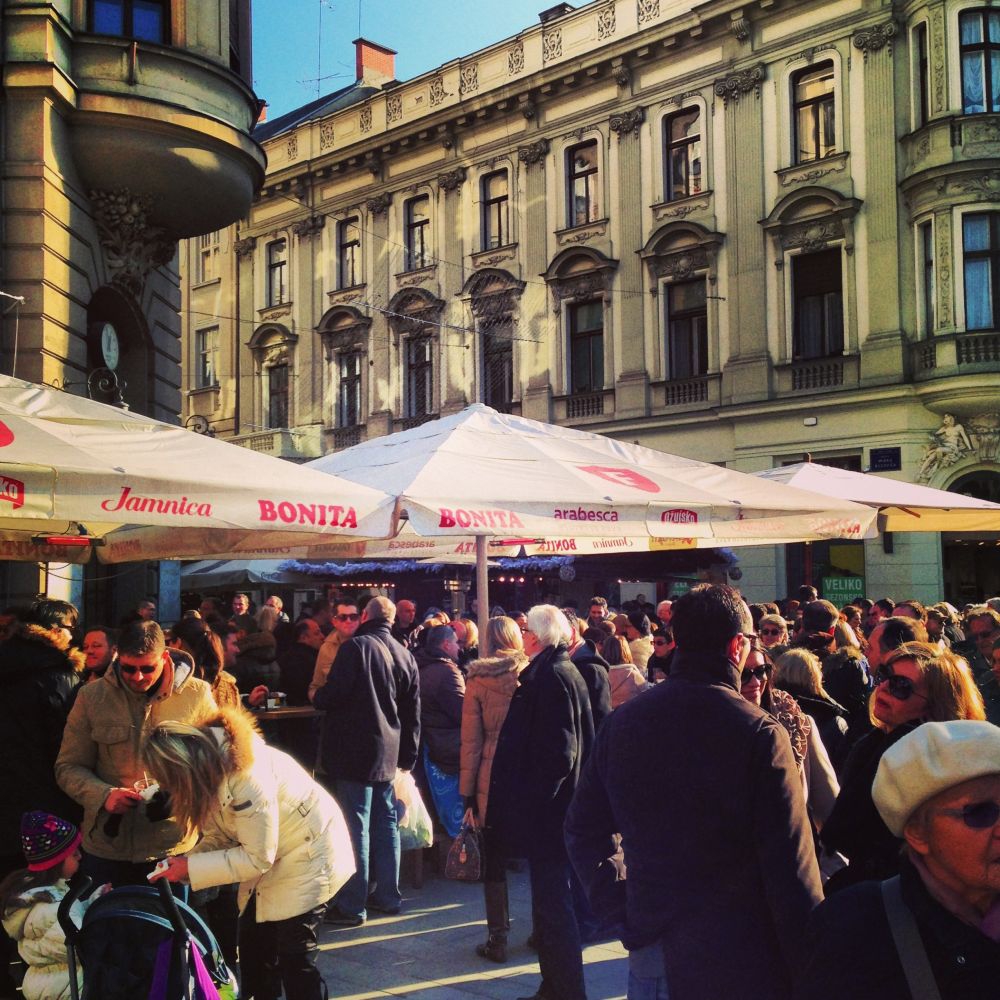 The choices for new year's eve are limitless in Croatia with the party beginning in the city early on in the day at the local café’s and bars. One of this year’s venues that was a day-time-must was SuperCaffe, located on Zagreb’s Cvjetni Trg. This lively outdoor bar merged the interior with the exterior of the venue through a combination of Croatian gastronomic and beverage specialities and good music, providing visitors with the perfect blend for a day full of festivities. Regardless if it was SuperCaffe or not, all of Zagreb’s cafes and bars were full of laughter, happiness, and celebration throughout the day, only to be accompanied with the harmonious lively sounds of the Roma brass orchestra going from locale to locale. Legendary Croatian pop-rock group Prljavo Kazaliste rang in 2013 on Zagreb’s main square, and only a short walk away at Zagreb’s Funicular on Tomiceva, as a part of the Fuliranje festivities one of Croatia’s leading female artists performed, Nina Badric, kicking off the New Year to a great start within the city. 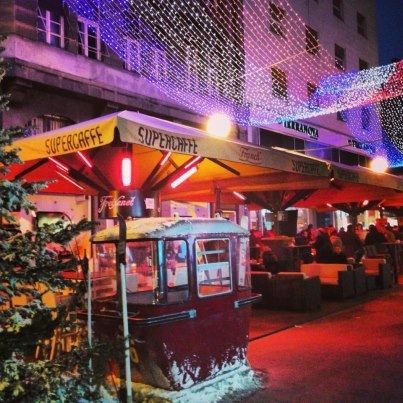 The nightlife in Zagreb has much to offer on new year's eve, but also throughout the entire year and even in the days following the holiday celebrations. Zagreb’s streets and squares are just as full of the same amount of people and offer the same attractions day and night. For those who want a change of scene, the city has many bars and clubs to offer. The most notable venues of 2012 and upcoming 2013 within the downtown heart of Zagreb are venues such as Posh Fantasy Bar and Club, one of the city’s greatest house and r’n’b clubs located only a few meters away from the main square of Cvjetni’s cafes. Not a far walk away, for those who love traditional Croatian music of all genres, there is Sokol nightclub, and in the same direction located in Zagreb’s Westin hotel is the recently opened The Room, one of Zagreb’s most raved about venues that appears to be everyone’s favourite room in the city.

The city has numerous outstanding dining venues, offering a wide variety of both traditional and international gastronomic specialities. An ideal venue to combine dining and lounge is Zagreb’s Green Gold Center located right by the new Hilton DoubleTree Hotel. Alongside several remarkable restaurants, this entertainment center holds many bars and lounges perfect for a combination of good food, drinks, and music. Some of Zagreb’s most notable venues for a bite to eat are ManO2, Sofra, Takenoko, Apetit, and many more. 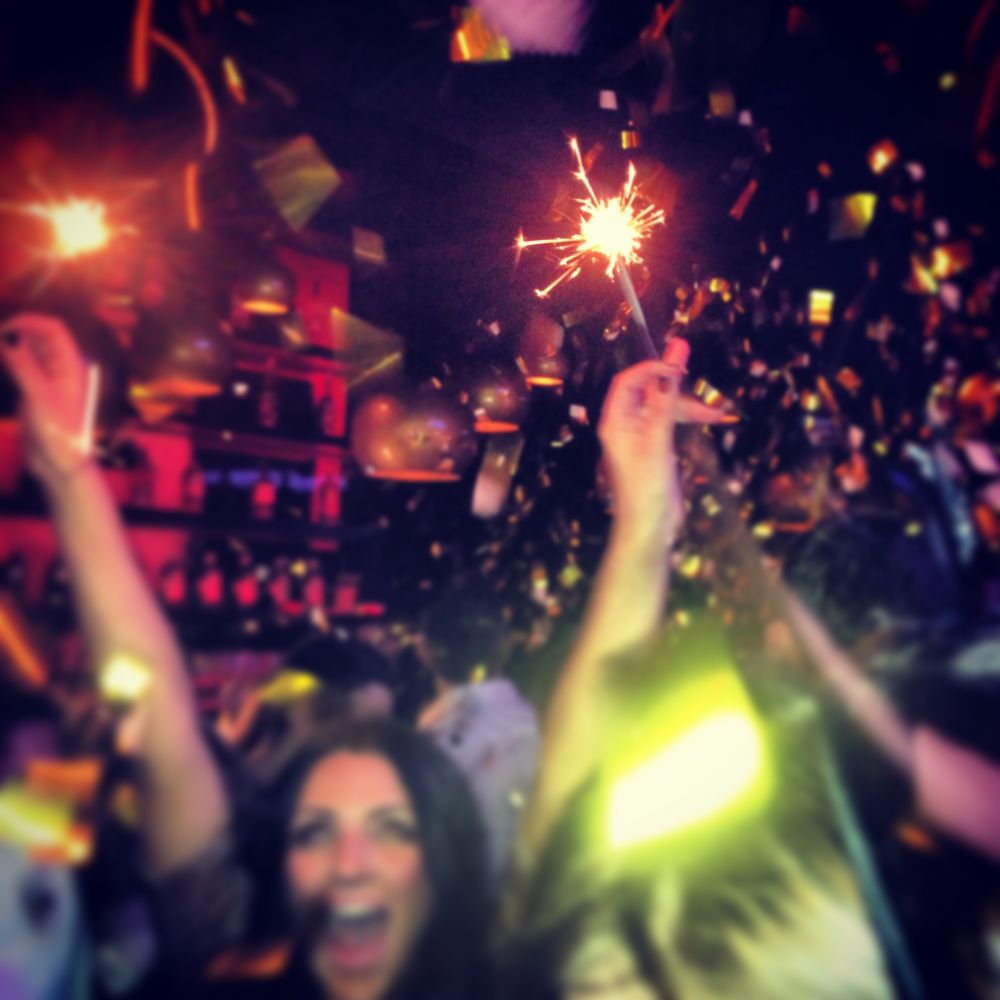 Daytime activities in Zagreb can consist of many different attractions that occur in the months of December and January. Right after the holiday season, avoiding the January winter blues, Croatia hosts its traditional “VIP Snow Queen Trophy” on Zagreb’s Sljeme.  This international ski tournament draws thousands of tourists to Zagreb’s slopes, bringing them back down to the city at night, as after a long day on the slopes the fun continues on Zagreb’s main square and throughout the city clubs. Sports in the city does not end there, perhaps the greatest excitement is on the ice with Zagreb’s KHL Medvescak. Currently 2nd in the entire EBEL league, the Medvescak games are a must-do event while visiting Zagreb as the passionate energetic atmosphere in the arena is an adrenalin rush on its own.  The Zagreb Arena Ice Fever lasts from January 13-27th and is a great way to feel the wrath of KHL Medvescak with a total of five games in the famous Arena Zagreb.

Amongst so many options there is of course the simplest form of enjoyment; sightseeing and enjoying the natural and architectural beauty of Zagreb. Whether it be a stroll down Tklaciceva, a loop around Zrinjevac, or simply walking the street of Ilica – the heart of Zagreb is enriched with so much history and beauty.

Winter, or as in Croatian “zima” in Zagreb is not over yet, and one can still experience all that the city has to offer. For those who have to wait, instead of already worrying about next year’s new years plans, make it simple and enjoyable – Zagreb! 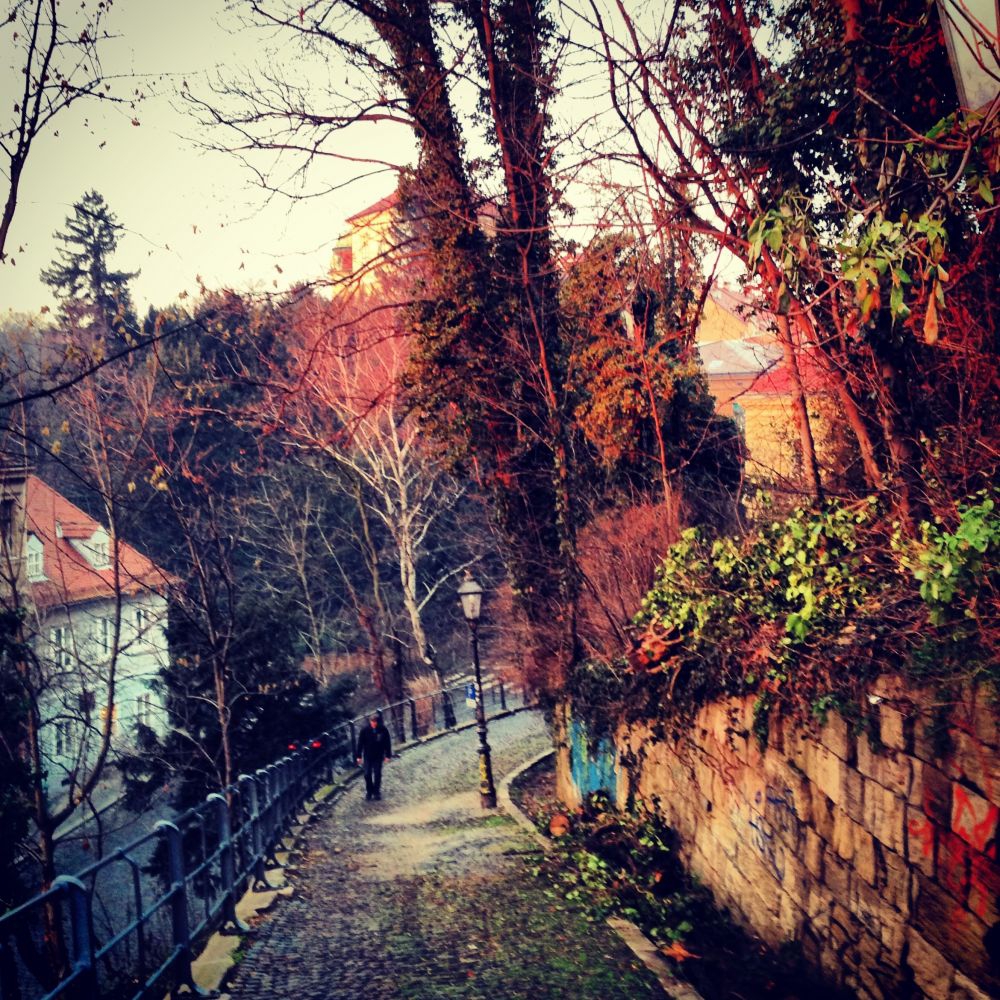