Trogir wields both seduction and intrigue in each hand.

Croatia holds both independence and a beauty all of its own; it spends its days languishing on the waters of the Adriatic Sea and staring at the heel of Italy’s boot. The geography of the place and the varying terrain – a mountainous coastline with swathes of endless plains galloping into the distance – makes for the perfect canvas on which to paint seven UNESCO sites evocative of Croatia's honoured culture. 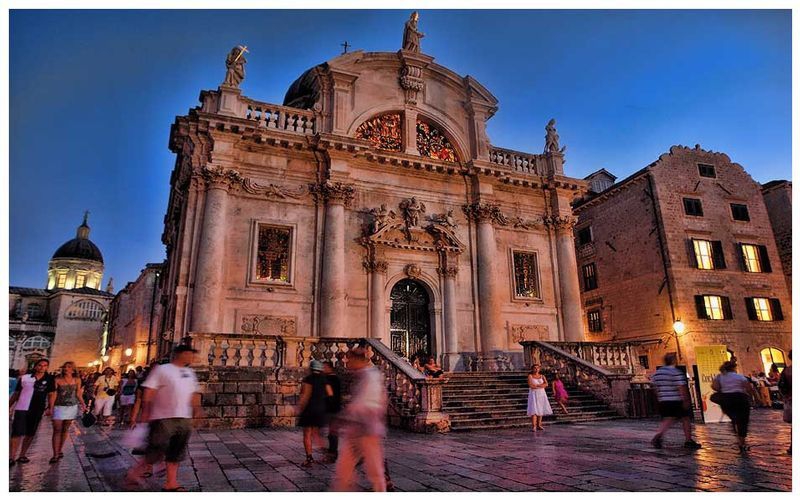 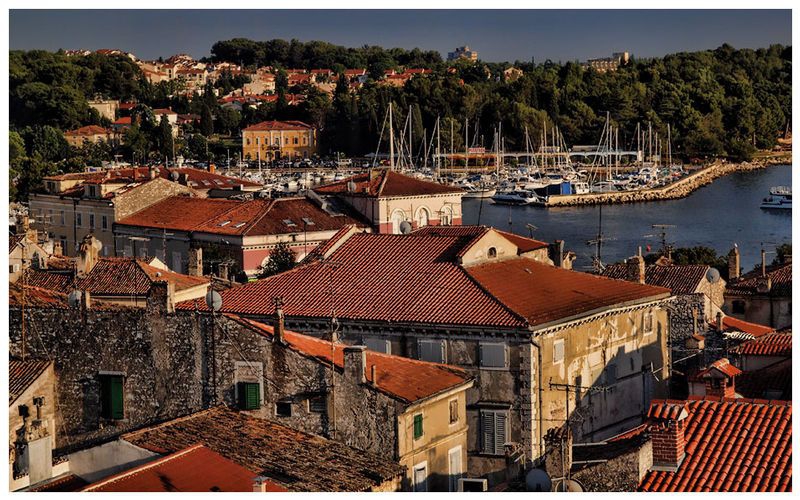 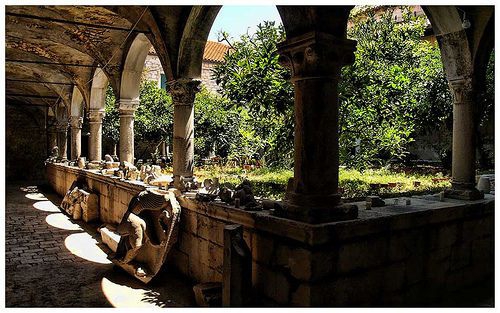 Without being too precise, there are approximately 8,000 hours in a year. For about a third of those the Sun bestows its light upon Croatia’s most popular, and by the power of inference, sunniest islands.  It’s no surprise, therefore, that honeymooners choose Hvar as a backdrop to their post-marital celebrations. After all, what with lavender, heather and pine forests smothering the landscape, it’s like walking in a beautifully-scented bouquet of flowers. Not to mention the architecture: cream-walled buildings and accommodation with orange peel rooftops freckle the coastline, trickling out into the villages and towns that dot the island as well. Waters sports are also a widely popular choice, and Hvar offers yachting, scuba-diving and sailing for all enthusiasts.

Loosely translating as ‘forest’ in the old Slavic tongue (which is nothing but appropriate given the rest of Croatia’s vegetative landscape), Dubrovnik is as rich in culture and history as it is in character. Conflict and several power shifts have bubbled and simmered throughout Dubrovnik’s life. It’s because of this that the city’s stand-out feature, the 2km-long walls, were erected to protect and defend against encroaching threats. Something else to consider is Dubrovnik’s Summer Festival. Held from early July to mid/late August, the city will be awash with musical performances, dances, theatrical displays and dramas, using some of the historical sites, including the city walls, as stage sets and backdrops. 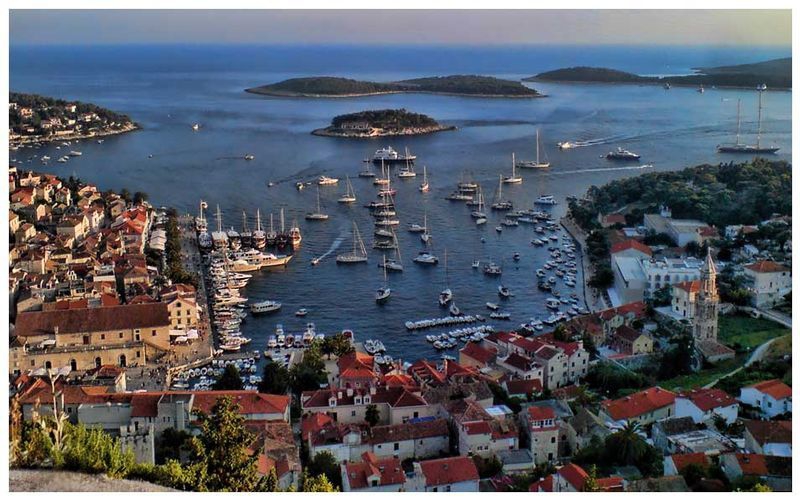 This little village protrudes like a pointing finger into the Adriatic Sea. It’s here where our third UNESCO site can be found because, to make a change, the place itself isn’t actually UNESCO recognised. The site is the most complete example of an Episcopal basilica (Episcopal being a building belonging to or housing bishops). The structure itself has been developed throughout the centuries, with the edifice added in the 13th and 15th, followed by the bell-tower in the 16th. It’s an extremely precious religious site to the city and, by that virtue, has gained its popularity.

Up until as recently as the 90s, the ownership of this unfortunate little town had been tossed about like a stolen backpack in a playground. Between the 11th and 12th Centuries, the four main occupiers of Sibenik were Venice, Byzantium, Hungry and the Kingdom of Bosnia. In the 20th Century Nazi Germany and Italy both had a stint but, in the mid 90s, Sibenik gained its independence. This military-historical game of hot potato subsequently left some remarkable buildings in its wake. One of which is the Cathedral of St. James. This amalgamation of marble and granite combined with the unmistakable Renaissance appearance makes the Cathedral one of the country’s most attractive hot-spots. 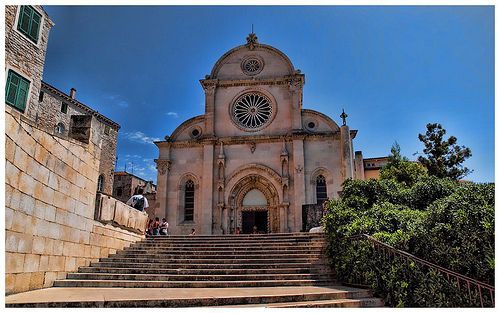 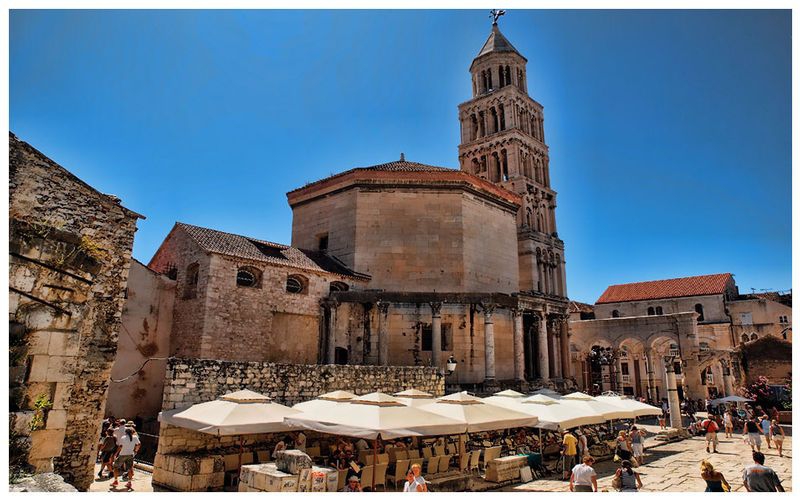 If you want something done right, do it yourself. That’s what Emperor Diocletian must have thought when he was deciding where to live. He orchestrated the construction of the city of Split, along with everything that lies within, including the magnificent palace of the Emperor’s namesake. And what a palace it is. With the grandeur and style of a Venetian villa mixed with the towering formidability of a military base, this is another string to UNESCO’s powerful bow – it oozes with the honey that draws tourists in by their thousands. But it has every right to; it’s a sight to behold.

Cradled between two pieces of mainland and accessible by bridge, the old city of Trogir resembles a coffin when viewed from above. Out of all the things to do and places to go in Croatia, Trogir stands as one of the country’s finest original medieval cities. With its cobbled streets, numerous castles, Romanesque churches and Baroque buildings, Trogir wields both seduction and intrigue in each hand.

The only naturally occurring member of UNESCO on the list, these lakes ripple the days away in their own National Park, which is also Croatia’s largest. Walking around the park you’ll encounter beautiful waterfalls. Curtains of white spray cascade down jagged rock faces and plunge into the waiting pools below. The whole area is Mother Nature’s water-park, and she’s filled it with underwater lighting because, throughout the year, the colours of the waters change from shades of blue to green. Walkways and paths help people navigate their way between the water-soaked rocks and soaring trees.