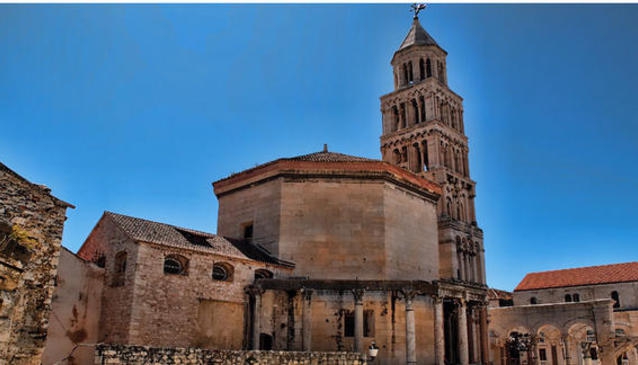 The Historical Complex of Split with the Palace of Diocletian became a part of the UNESCO World Heritage Sites in 2005. Split is the most visited city in Dalmatia after Dubrovnik, with good reason!

Diocletian, the Emperor of Rome decided to make Split his home in 305 AD. After a decade of construction the palace was completed. Material used in the building of the complex were imported from various parts of Croatia and even the world. For example much of the stone used is from the Island of Brac. The Sphinxes found in the palace descend from Egypt itself. Twelve Sphinxes in total were found in the palace, two can still be seen today.

Diocletian's Palace spans across 38,500 square meters and was built in a rectangular form. Numerous entrances into the palace include the Bronze, Gold and Silver gates and Peristil. The Bronze Gates are located directly on the Split Riva. This entrance leads you directly into the basement of the palace where servants and cooks originally prepared meals and daily maintenance in the days when Diocletian was alive. This entrance also merges with the Perisitil entrance via a long brick-lined hallway which today serves as a unique place to buy souvenirs, gifts and authentic Croatian products. The Peristil Entrance is where the famous Cathedral of St.Dominus lies and the Temple of Jupiter. The Golden Gates at the north end of the walls include the the Church of St.Martin, the Statue of Bishop Grgur (rub his toe for good luck), Iron Gate's guardhouse and The Church of Our Lady of Belfry. The eastern side of the palace is where the Silver Gates are situated. This side of the palace you will find the Church of St.Dominic where magnificent sacral art can be seen.

Sunday 9-18 from June to September