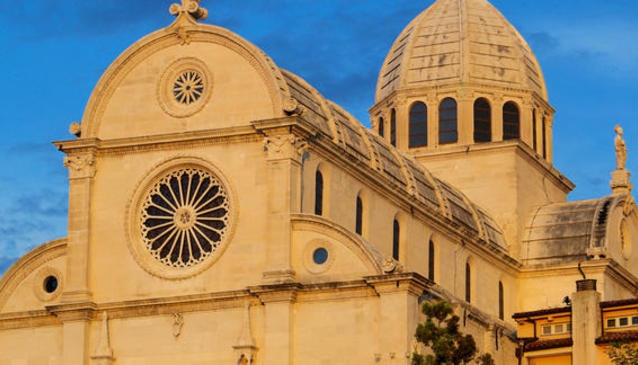 The Cathedral of Sv.Jakov in Sibenik became a UNESCO world heritage site in 2000. With such immaculate details and beautiful sculptures, it is no wonder it took more than a century to build.

The construction of this magnificent cathedral took place between 1431 and 1536. During these years many additions, alterations and even two groups of architects oversaw the building of Sv.Jakov. Originally Italian architects began the construction of the church in Gothic style design. However once Juraj Dalmatinac took over the project he decided he wanted to modernize the look by adding in Renaissance sculptures and design. He was well-known for his great ability to blend Gothic and Renaissance together in turn creating the masterpiece which is Sv.Jakov Cathedral. This astonishing piece of art and architecture welcomes hundreds and thousands of visitors every year. The combination of marble, limestone, Gothic details, Renaissance design and Venetian structure are unbelievably stunning. The 74 carved stone portraits that ornate the outside walls of the apses are said to be the faces of citizens who did not support the building of the cathedral.

For more information about guided tours, send an enquire below to the Sibenik Tourist Board.