The Magnificence of Korcula

the city is dotted with beautiful stone and façade houses...

The stunning city of Korcula, on the island of Korcula is located in the Peljesac channel across from the coastal village of Orebic. Overlooking the sparkling Adriatic and the mainland of the peninsula of Peljesac in the distance this town holds some of the most impressive remains of a time passed in its presence. Yachting, fabulous fish restaurants and laid-back summer vacationers is what Korcula is notorious for however when you take a closer look at the historical significance of almost every building in the city core one cannot help but be impressed and surprised.

I had the opportunity to visit this beautiful destination numerous times during the summer months however it was not until I decided to re-visit Korcula outside of the high season that I was truly able to appreciate its beauty. From churches to museums, hidden artwork sculpted into doorways, passages and vaults to bell towers and monasteries; the city truly resembles an open air museum. Walking through the old stone walls of the city center the feeling that I was walking among the infamous walls of Dubrovnik was evident. The Korcula tourist office information center is even beautiful. Situated in what used to be the maritime customs office the tourist hub offers stunning panoramic views from the large glass windows overlooking the beautiful seaside along with helpful staff assisting visitors with numerous requests. 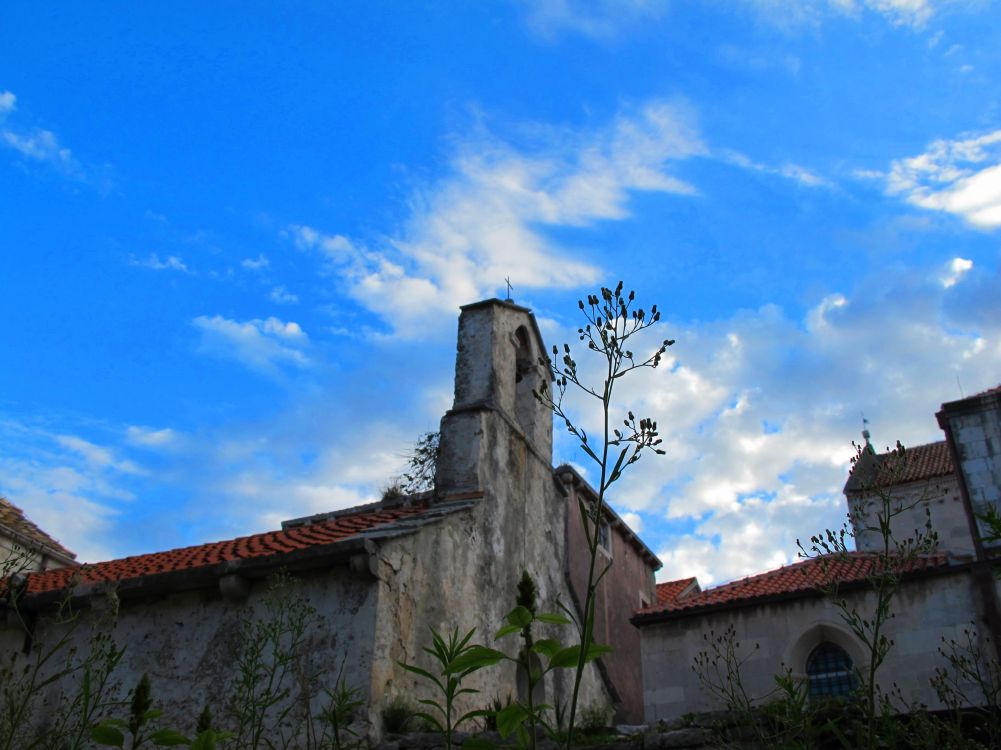 The western part of the city is dotted with beautiful stone and façade houses along the main road which includes the stunning buildings of the Dominican Convent. The Dominican nuns played a very important role in the community of Korcula from opening up the first preschool in 1906 and the first woman’s private school in 1915. Days of communism brought difficult times for the city, its residents, and the convent itself which was destroyed in World War II. However the ever-inspiring Dominican sisters were quick to rebuild the convent and became even stronger as democracy became a reality. Today they continue to provide numerous services and assistance to Korculans.  The nuns run two preschools, work in the local hospital and pharmacy and are there to support all causes for the young, old and underprivileged.

As you edge toward the end of this main road take a look behind you, the view of the old city and its stunning architectural masterpieces never ceases to amaze me. You will soon reach the Church of St.Nicholas and Monastery which is a refurbished stone building that was originally built at the end of the 15th century. The Baroque inspired exterior is simple yet stunning. Once ancient pine trees dotted the garden of the enclosed stone terrace of the church however the trees were removed eventually and replaced by young olive trees as the pine trees held moisture and humidity which was causing damage to the interior of the church.  Inside the church are numerous sacral findings and significant religious items of art including a painting of the Martyrdom of St. Peter the Abbott, this is the closest copy of Tiziano's original painting which was burnt in Venice in the 19th century. 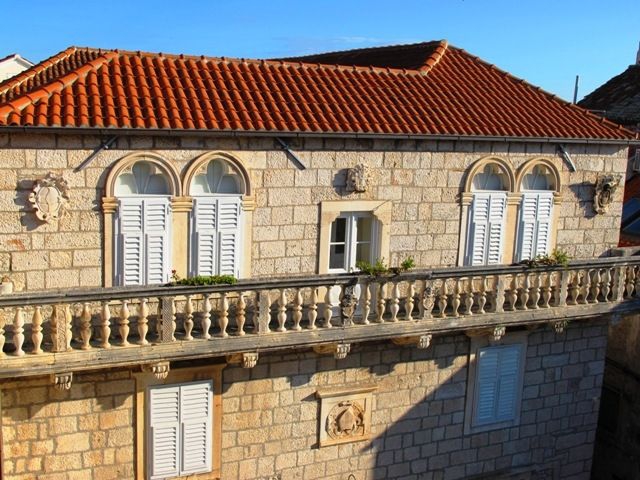 The city of Korcula alone has over 15 historic churches each in possession of noteworthy sacral findings and adorned with paintings and sculptures created by renowned Croatian and European artists. My personal favorite is the Church of St.Anthony/Sveti Ante, the patron saint of Korcula which is celebrated annually on the 13th of June. Situated on the hilltop overlooking the city below, St.Anthony is a true oasis for spiritual rejuvenation as 101 steps embraced by ancient cypress trees lead up to the intimate church and its idyllic stone square garnished with a lush wild garden. Built in the 14th century and embellished in the 17th century by Bishop Nikola Spanic, who added a Baroque portal and refurbished the exterior the church is humble yet astonishing at the same time.

From the lookout point on the hill of Glavica at St.Anthony’s church the Korcula archipelago, encompassing 20 small islands, can be seen. Ancient Roman rock mining on the islands of Vrnik and Badija was a way of life as the valued natural resource was used in the building of monumental architectural masterpieces such as the great walls in Dubrovnik, the White House and parts of Venice. A large part of Vrnik is missing as tons and tons of rocks were extracted from the island. The Island of Badija today is a favorite tourist destination for day trippers interested in exploring the uninhabited island. A 20 minute taxi-boat takes you to the island where you can enjoy uncovering the Franciscan Monastery and experience nature and tranquility at its finest.

Within the city walls the list of notable historical remains is never ending and one would truly need to stay in Korcula for an insignificant period of time to learn about all the historical architectural masterpieces and ancient relics. The main attractions would be the Cathedral of St.Mark’s with bell tower, the Bishop’s Palace from the 17th century, Gabrielis Palace and the town museum from the 16th century and the Chapel of Our Lady dating back to 1531. 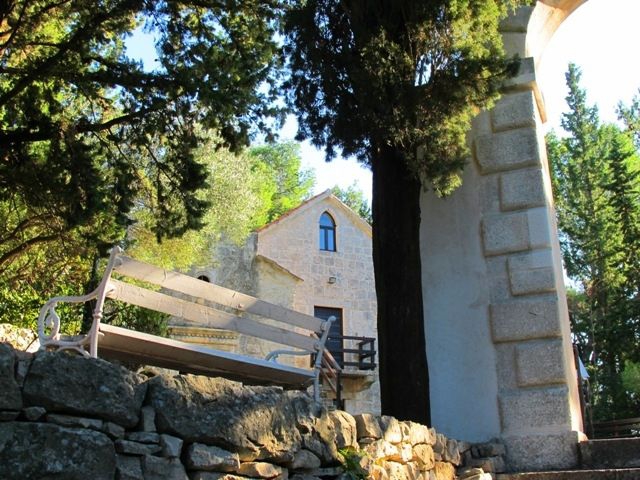 Interesting facts compiled from a tumultuous and fascinating history are infinite. I learned that the city was constructed in a fishbone like structure to adapt to the warm southern winds, Jugo and the strong northern winds, Bura (western facing roads benefit from warm winds and eastern facing roads are protected from cold and viscious winds). Another interesting fact was that in 1863 the defensive walls in Korcula were all shortened as the inhabitants believed attacks were no longer a threat. I also learnt that when the Turks invaded this region in the 15th century a bad storm actually saved the island of Korcula as ghastly sea conditions resulted in the sinking of the Turkish ships and unlike its neighboring island of Hvar, Korculans were saved.

Immense historical masterpieces and quaint city streets today provide the ideal backdrop for tourists who enjoy in cultural manifestations and gastronomical specialties during the warm summer months. Most impressive was the Korkyra Baroque Music Festival which took place for the first time in the summer of 2012. The feedback received was positively surprising and indicative of making this festival an annual event. For ten days straight, at the end of the summer, the city transforms into a musical sanctuary where all the main churches set the stage for numerous international performers, orchestras, and musicians. Other entertainment programs, fishermen nights and not to be forgotten extremely hospitable hosts add to the magnificence of this truly spectacular destination. Summer, Spring, Fall or Winter, Korcula is a fascinating city situated on a beautiful island, it has undeniably become one of my favorite Mediterranean places to visit. 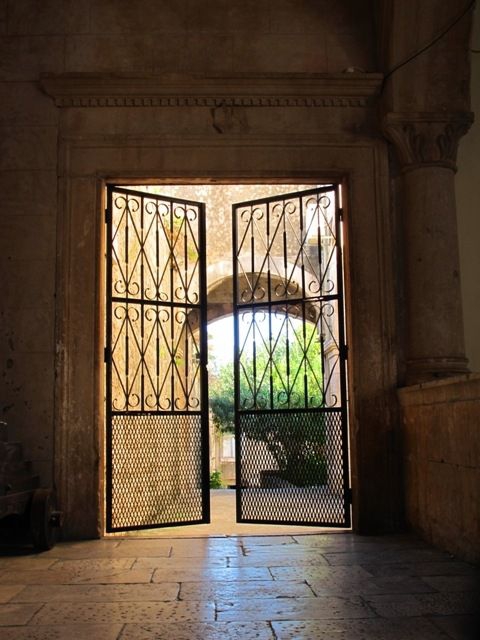