True fashionistas should show up at Spica late on a Saturday morning for some people watching.

The bustling and metropolitan capital city of Croatia, Zagreb offers a city break like no other as it increasingly opens up to a Western market keen to explore somewhere new. The city is sophisticated where it counts and edgy when it needs to be, and will gladly satisfy those looking for more things to in Croatia than the usual sun-bathing holiday. 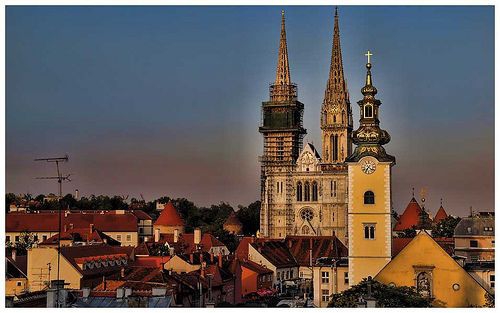 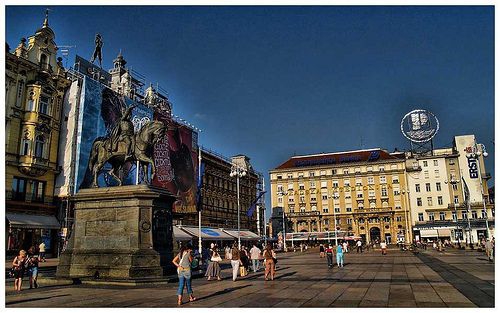 The Museum of Contemporary Art (known as MSU) is the largest cultural institution in Zagreb and the hub of regional arts events. The MSU has always focused on the Avant-Garde and brings local art into focus with the prevailing European movements. Zagreb is a city with a rich and diverse culture and as such has generated inspired artists willing to push the boundaries of tradition. On display are the many facets of modernism, from Expressionist graphic poster art to the Dadaists of Zurich and Berlin, as well as the mid-century Constructivism of  Zagreb’s own ‘New Tendencies’ group.

The Croatian Academy of Arts and Sciences (abbreviated to HAZU by locals) is an institution that oversees all the cultural centres in Zagreb, but is also a must-see museum in its own right. The HAZU holds over 4000 paintings, including nearly 500 in the Strossmayer Gallery of Old Masters, which boasts Botticelli, Bellini and Tintorerto.

The Archaeological Museum holds over 400,000 objects and artefacts, most famously the must-see 35,000 year old stone carvings and statues discovered in archaeological digs that unearthed Croatia’s prehistoric past. The permanent exhibitions are complemented by international borrowings, but the jewel of the museum’s crown is an Etruscan mummy and its sarcophagus, which is adorned with the most complete inscription in the Etruscan script ever discovered.

Croatia has firmly established itself as a culinary hub of the region. As a result, there are many fusion restaurants that combine Mediterranean seafood and the more substantial potato dishes and cured meats of her Northern neighbours. The famous Dolac Market in the old town is the country’s largest and busiest outdoor market that promises a visual treat of the freshest ingredients, and is the perfect place to assemble a picnic or take in the culinary delights of one of the cafes that surround it. Don’t leave without trying some of the gummy cheese pastries from one of the stalls, dubbed ‘Brazilian Balls.’

For even more authentic Croatian cuisine and speciality veal, head to the Vinodol restaurant. Should you want to try something other than traditional Croatian specialities Zagreb can satisfy. In recent years, many new restaurants have opened their doors to an enthusiastic customer base of locals and tourists alike.  Zinfandel’s offers the best cuisine in the city at the Esplanade Hotel, and serves only the highest quality local ingredients and wine, to a high end clientele.

There has also been a tangible increase in the number of international restaurants in Zagreb, so if you want to mingle with the locals, search for the Sushi bars or Mexican restaurants, before heading to People’s, Zagreb’s newest lounge bar. 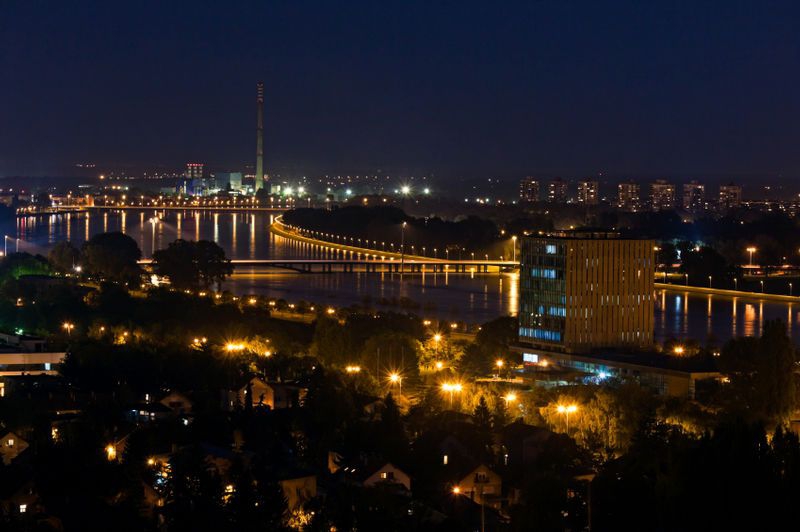 Zagreb has been steadily growing in the European fashion consciousness, as more and more are becoming aware of the boutique designers and craftsman that dot the cityscape, and that can be found in the backstreets and alleys of the old town in Tkalciceva Street. True fashionistas should show up at Spica late on a Saturday morning for some people watching. Rain or shine, locals and celebrities alike don their best attire to stroll up and down here to take in the air and meet for brunch, but much more importantly to see and be seen. Spica is alive with humanity from about eleven to the early afternoon, and the cafes do a roaring trade.

There are numerous fashion events in the city as Zagreb is keen to promote its image as an accessible place to follow the industry. If you’re in town in May or late November, be sure to check out the Dreft Fashion week, where local designers present their new collections to the international press.

Zagreb is famous for its churches, and it is beneath the iconic spires that the best concerts can be heard. There are numerous orchestras that perform year round, and are internationally renowned, namely The Zagreb Philharmonic and The Organs of Zagreb Cathedral, an  organist group with an extensive program at the Church of St. Catherine and the Church of St. Mark, as well as in the Cathedral itself.

September saw the newest addition to Zagreb’s cultural calendar in the Croatian Theatre Festival, which aims to get the popular dramatic troupes out in the streets performing dozens of plays at a handful of different outdoor stages.

Zagreb is a city that lives outdoors when it can, so outdoor music events are a thrilling way to spend an evening, especially in Ban Jelacic Square where the New Year’s Eve finale concerts are held.

The cutting edge design of the Zagreb Arena is almost as dazzling as the international pop acts it regularly hosts, such as Beyonce, U2 and Lenny Kravitz. 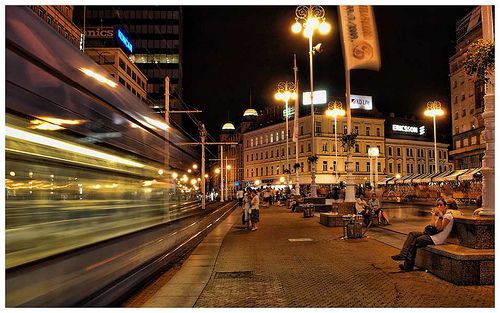 Hip clubs are emerging all the time in Zagreb, so expect House and Techno from local heroes Petar Dundov, Ogi or Pero Fullhouse most nights, climaxing into some truly wild nights at Aquarius. Djuro hosts the city’s best parties Monday to Friday, treating its guests to a plush and luxurious interior. If beats aren’t your thing, try spending the evening in basement jazz joint the BP Club in Tesline, or head to Upper Town for the popular and crowded Tkalciceva Street, for an al fresco nightlife of cafes and cocktails.