Zadar - A True Gift of the Adriatic

Sparkling waters, romantic sunsets, and the serene drifting sounds of the sea organs as you stroll through the old city and lose yourself among the ruins of another era await you in the city of Zadar .

It is no surprise that this city is called Zadar, as its name is self-explanatory. In Croatian, “Za dar” means “to gift”, which this city proves to do to all who visit. There are plenty of things to do in Zadar, from appreciating its natural beauty to its many attractions like architecture, gastronomy, beautiful beaches, and creative innovations.

Surrounded by ancient walls, once used to protect from invasion, this Adriatic city now has a thriving and intriguing ambience, attracting hundreds of thousands of diverse tourists a year. The city is full of ancient monuments, including churches, statues, wells, and several recently unveiled ruins. Zadar’s most famous landmark is the church of St. Donat, which is located close by the city’s Riva (promenade). This 8th century church is the host of many cultural events throughout the year such as the musical summer nights of St. Donat, which are one of many of the city’s must-sees. 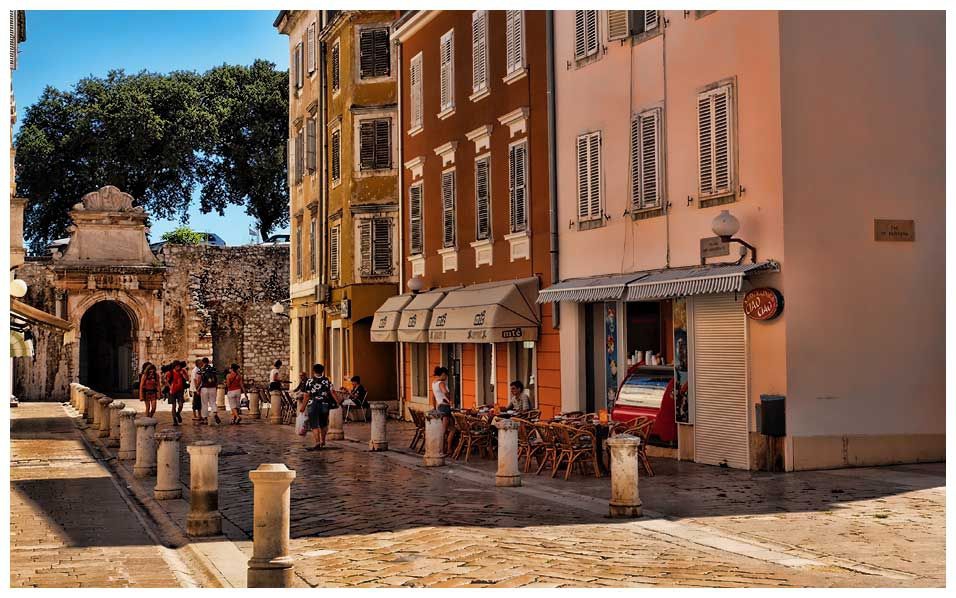 If one continues a bit further down the Zadarska Riva they will encounter Zadar’s two other largest attractions – the sea organs of Zadar (morske orgulje) and the Greeting to the Sun (Pozdrav Suncu). These two attractions are Zadar’s most recent innovations that leave each and every visitor amazed and make the most of Zadar’s weather . From the harmonious sounds produced by the rolling waves of the Adriatic and Zadar’s underwater sea organs to the glowing rays of bright colours produced from solar energy collected by the solar panels of the Greeting to the Sun, visitors are enthralled with the serene and mystical ambience of Zadar’s Riva. The most magical time of day is sunset. Whether on the Zadarska Riva or from any point along Zadar’s coastline – Zadar’s golden sunset is perhaps one of the most breathtaking sunsets one can see as the sun slowly dives into the Adriatic, drawing a peaceful and relaxing end to the daytime festivities.

Day or night, Zadar has a rich variety of venues providing great Croatian cuisine and entertainment. Full of many cafes, restaurants, lounges, bars and clubs there is always somewhere to stop by for a bite or drink in this city. The beautiful ambience and setting of Zadar’s restaurants  make dining a highly enjoyable experience. One of the city’s most popular restaurants, Restaurant Giardin, offers guests a rich Mediterranean cuisine with a beautiful view of the city walls, while traditional Dalmatian music soothes your soul. There’s not a better way to start your journey into the city than with a meal at Giardin before crossing the famous pedestrian bridge into Zadar’s downtown. 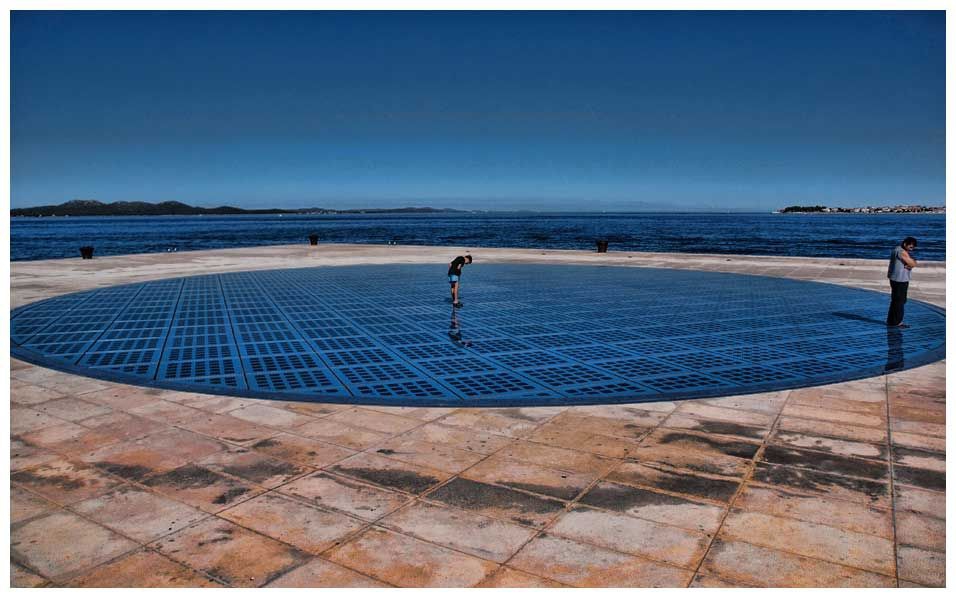 Zadar’s club scene  stands strong with its famous nightclubs Maraschino, Hitch, and Forum, host to many famous regional and international entertainers. Alongside the clubs, Zadar has many chill-out lounges such as Yachting by Borik Falkensteiner Resort and perhaps the most popular venue The Garden, located on the top of Zadar’s city walls.

Throughout the tourist season Zadar has many attractions for tourists. Other than the numerous theatre pieces and musical performances on in the city square and in the city’s theatre, there are many festivals. This year Zadar was host to the first ever Israel Magic festival, celebrating the culture of Israel for an entire week. The city concludes July with the traditional record-breaking Millennium Jump off the Zadarska Riva into the sparkling waters of the Adriatic, as well as the Kalelargart Festival, which celebrates street art. The festivities continue in August, with the Full Moon Festival on August 2nd, Zadar Snova International Contemporary Theatre Festival, and drawing the summer to an end is the famous Zadar Film Festival. 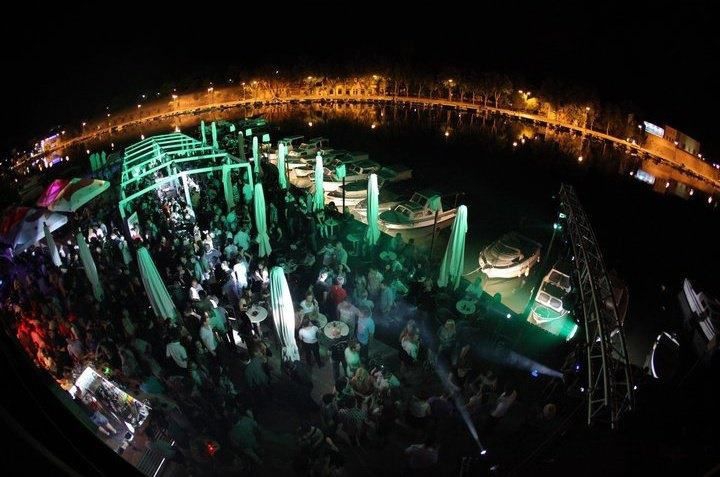 Zadar is an ideal tourist destination, with so much to do and see while being close to the sea during one’s entire stay. Whether one chooses Kolovare city beach, Uskok Beach, Borik Falkensteiner Resort or the Zadarska Riva, swimming in the mesmerising and pristine Adriatic is possible almost everywhere in Zadar. Nevertheless, the surrounding villages of Zadar offer stunning sand beaches as well, such as the recently opened five-star Falkensteiner Resort in Punta Skala, as well as Zaton Camp Resort and neighbouring villages such as Nin.

Summer is still young, so there is time to gift yourself with a visit to this Northern Dalmatian city of Zadar.