Imotski - a Secret City with So Much to Tell

Off the beaten path, behind the majestic Biokovo Mountains of Dalmatia, the intriguing city of Imotski unfolds. Wine roads, stunning lakes, gastronomical specialties, tradition and culture at its best are just a few of the things you can expect to encounter. First noted in the 10th century, the entire old city center of Imostki was built with carved stone. The ancient Topana Fortress from the 10th century and the Church of our Lady of Angels dating back to the 18th century overlook the inhabitants of this city. Once under Ottoman rule, today the fortress hosts numerous summer events and provides the most fabulous panoramic views of Imotski and its surroundings; not to mention the beauty of their ancient architectural presence. 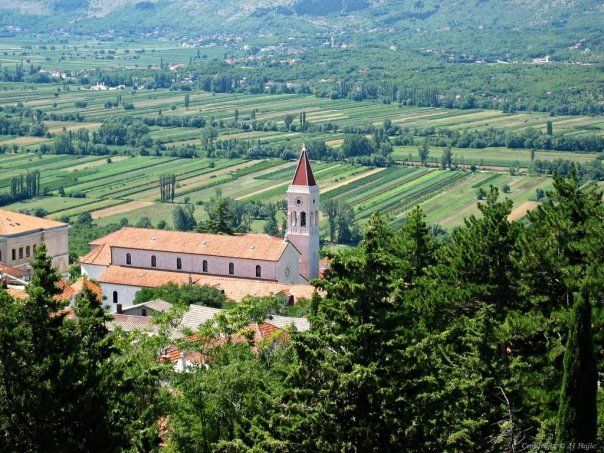 This quaint city located in the heart of the Zagora region welcomes numerous tourists each summer as the popular Red and Blue Lakes provide quite a sight for those seeking nature at its best. The Crveno Jezero, Red Lake, gains its uniqueness from the color of the surrounding cliffs which are reddish brown in tone, hence the name. Crveno Jezero is documented as the deepest water fissure in Europe and the third largest sinkhole in the world, reaching depths of more than 260 meters, the view is mysterious and jaw-dropping at the same time.

Modro Jezero, Blue Lake is another one of Imotski's crowning glories. Situated on the outskirts of the city, next to Red lake, lies this fabulous natural phenomenon. It is believed that the lake was formed by the collapse of a large underground cave. Its crater-like shape embraces deep blue waters which invite summer seasonal swimmers. The lake can be accessed via a 20th century stone like path which dwindles down to the bottom of the waters edge. What makes this lake even more amazing is that in the winter months the lake has known to completely dry out. Sports events are held on the bottom of the dried out lake. Now how's that for an unusual soccer stadium! 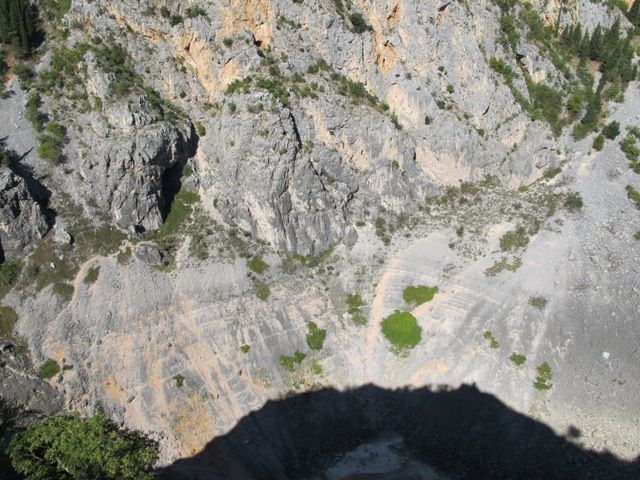 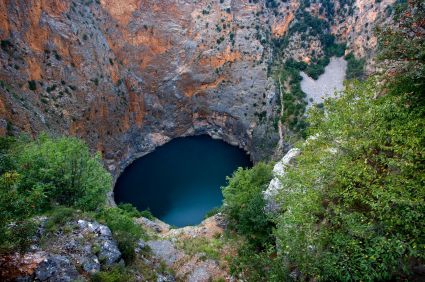 Imotski prides itself on its rich soil and an ideal climate which makes the perfect foundation for the harvesting of produce and vineyards. Wine from Imotski is especially renowned as one of the largest wineries; Grabovac is situated in this region. Kujundzusa is a grape type specific to this region. This autochthonous variety of grape is the result of great white wines which locals pride themselves on.

While in Imotski we highly recommend that along with a glass of local wine you try some of the gastronomical specialties which are famous in this region. From frog legs and wild game, to eel stew or sauerkraut and sausages, the culinary options are divine and endless. These gastronomical delights are a refreshing change from the typical grilled fish platters or lamb on a spit. Desserts are also fabulous with most recipes using a variety of nuts and almonds along with spices such as cinnamon and nutmeg. Imotski Cake and Rafioli biscuits are the most renowned.  Like most cities in this part of Croatia winters are tranquil and slow-paced, and like a bear waking up from hibernation the hot summers welcome a much more vibrant and festive atmosphere. The Imotski Summer Festival welcomes numerous performers singing, acting or dancing. Other neighboring villages such as Zagvozd or Cisto Provo are well-known for their cultural summer programs likewise.

Imotski is a city with a municipal population of just over 10, 000 residents; although small, this charming destination, tucked away behind the bustling coastal cities of Dalmatia, exudes a hospitable atmosphere which is most welcoming and contagious. Mother Nature has granted this region with rich soil, extraordinary natural beauties and ideal climates. Due to this, the fruits of labour that the people of Imotski have to showcase are simple yet exceptional. Imotski is a city whose differences and uniqueness set it apart from other tourist hotspots. Its understated charm and undemanding presence are what make it one of the most endearing cities to visit. 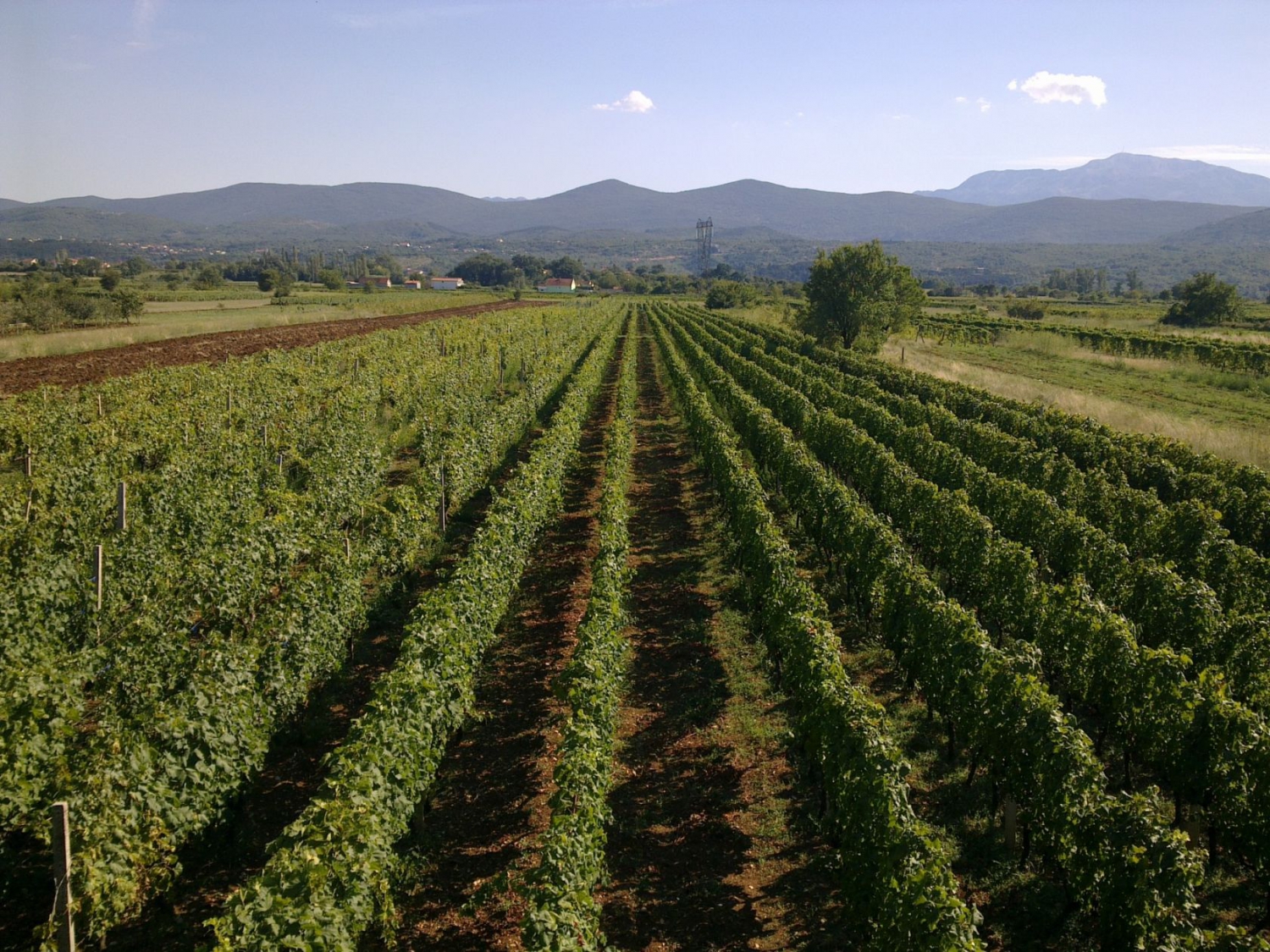 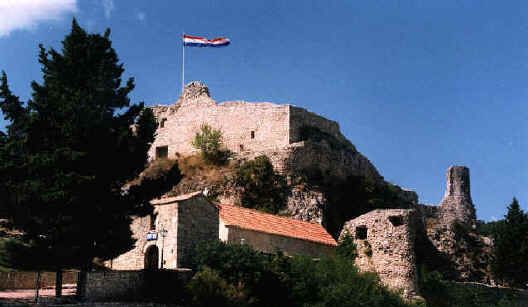 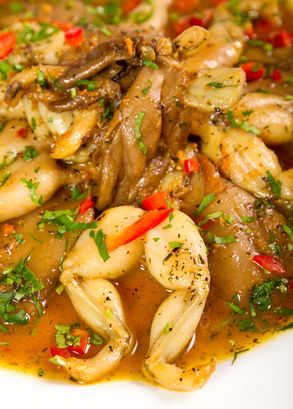