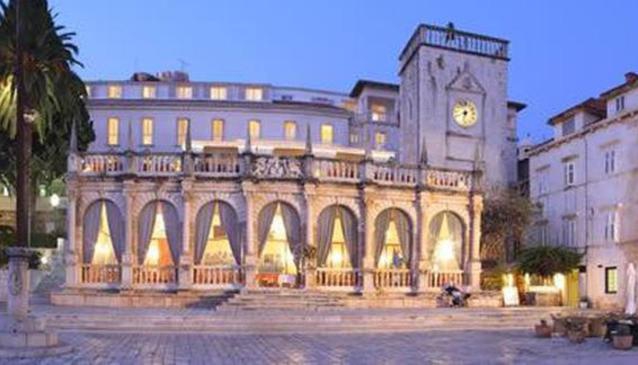 As the oldest hotel in Hvar, The Palace, hvar is a grand dame framed by gothic and renaissance architecture. History lovers will particularly enjoy its central location, which provides romantic views of the ancient piazza and neighboring buildings such as St. Stephen’s Cathedral, as well as glorious sunsets over the bay.

The hotel itself, built at the turn of the twentieth century, has graciously aged charm and character that mirrors that of the island itself. Guests can dine to the snap and strum of live ensembles on the Palm Restaurant’s terrace overlooking the yacht harbor. From the Adriatic ambiance to the ancient architecture on down to the live bands everything at The Palace is classic. For the summer season of 2008, The Palace's exterior was preserved and its interior refurbished.