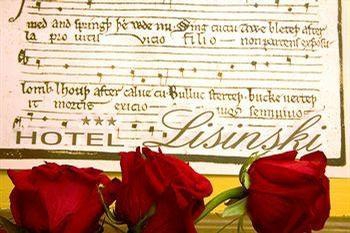 The Hotel Lisinski Zagreb is situated right next to Zagreb's concert hall and is, in fact, named after the Croatian composer Vatroslav Lisinski. The hotel is within easy reach of the city center, the main railway station, the Zagreb Fair, St. Mark's Square, and other attractions of the city. Guests of the Hotel Lisinski Zagreb can get around Zagreb on foot, by car, or by using the city's efficient public transportation system.

The twenty-four rooms of the Hotel Lisinski Zagreb are named after famous composers, and they are all decorated individually. The rooms all include air conditioning and fireplaces, and they have satellite televisions and telephones as well as private attached bathrooms.

This hotel offers guests a personalized atmosphere and plenty of modern amenities. For instance, the Hotel Lisinski Zagreb offers guests a 24-hour desk in the lobby and a television and fireplace in the lobby as well. The hotel also offers an on-site restaurant where guests can enjoy a complimentary breakfast.